since liz has already talked about how November is quickly coming up on us, i though i would metion my own excitement.
NoNaWriMo is a wonderful thing and if you haven't done it in the past you should totaly try it. everyone should injoy the rush of the project. even though i sadly still haven't finished my story from last year, I have high hopes for this year. and since i am staying on campus during the week of thanksgiving i figure everything should be good.

Grant it i do have a ten page paper due in november, a test, and several other things to do, but right now i think ihave a plan and like being optomistic.
Posted by Unknown at 5:43 PM No comments:

(this is something I wrote for one of my classes and I thought I would share it on line. my first time using my camora for something like this so please excuse the shakeyness) 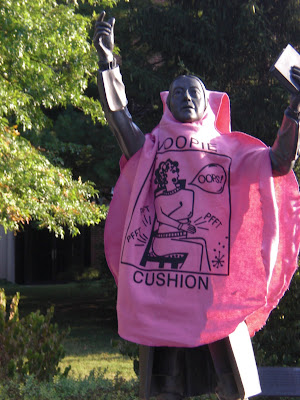 Just some of the shinagains that happen here on asbury seminary campas.
Posted by Unknown at 9:00 PM No comments:

last year I let everyone in on a little secrit that i had been involved in Nonawrimo. now I would like to put a plug in for a websight belonging to an on line friend of mine. creation contest is an online writting contest. anyone who likes to write and would like to compete in a real competiton with prizes and everythingshould check it out. and if you are not intersted in competing, you should stop by and vote for whichever story you think is the best. that is my plug for the week creation contest it could be fun.

(oh and here is a little tiny voice saying you should vote for my story)
Posted by Unknown at 12:18 AM No comments:

Pressure falling down on me

Okay a shout out to my friends who lerk on my blog, I now have facebook.
Posted by Unknown at 12:15 PM No comments:

simple wood. two planks of wood crossed. it is a simple symbol. a symbol of death and destruction, of same and dishonor, of sacrifice and martyrdom, of justice and pain. Yet also hope, forgiveness and covenant. how can one symbol express so much. a symbol which inspires peace, fear, love and hate.

Millions have died upon the cross beams of this symbol, millions more have been effected by one who gave up his life there. weather through fear of the inquisition, hate from the crusades, or peace from the son of God.

it was on this strange and powerful symbol one called the son of God was killed. Tortured and asphyxiated as he hung from the nails till dead. Perhaps the reason this symbol became more powerful then any other is because he rose again.

Skeptics may come up with explanations for this strange and impossible even. and they may be convincing but each well conceived explanation ignores the power held in this simple symbol. this old rugged, and bloodstained cross to invoke a myriad of emotions; love, hate, fear, and peace. if Christ did not rise from the grave could such a symbol invoke such a divers emotion? if the Resurrection had been a made up event would the church have focused on the devise of death or the empty tomb? not that the empty tomb is not important it is, but it is the cross that is the universal symbol of the church.

the wonders cross, some how it calls all to make a decision about the man who died upon that tree, is he just a man or is he the God who is unlike any other God.
Posted by Unknown at 7:59 PM No comments:

So the reason behind me not posting for a wail was that I was waiting on time to figure out my camera. so I could share some pictures. so far classes are great, school is great, and I like my dorm mates. 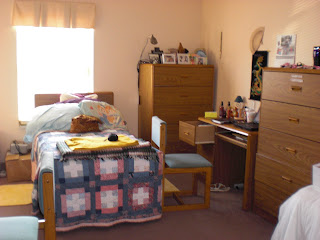 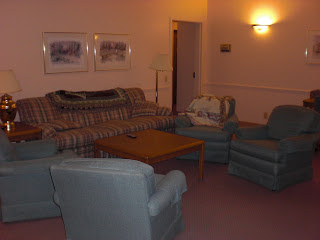 and Me and my room mate after the welcome back party: 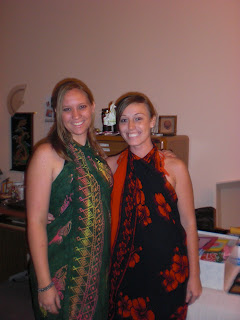